Your Dog DOES Understand What You Say!

I always talk to my dogs and while they don’t have the mouth structure to talk back, they tell me they get it . . . sorta.  Okay, maybe not the words, but my meanings.  I even catch myself being amazed when I hear ethnic owners talk to their dogs and I think, “That dog can understand Spanish!”  Go on, tell me that’s never happened to you! Anyway, it’s really pretty interesting how this happens.

Sarah Knapton, science editor at The Telegraph, reported on a study by the Eötvös Loránd University in Budapest, Hungary.  The researchers taught thirteen dogs to lie on a table for seven minutes while they listened to the voices of their owners on headphones.  Mostly border collies and golden retrievers, the dogs had lived in the homes with their owners for a long period of time.  While the sample size was only thirteen animals, the responses open the door to further humane animal studies with language.  The Huffington Post reports that the researchers concluded that both dogs and humans use the left hemisphere of their brain to process the words themselves and the right side to figure out the tone of the voice.  For instance, if a word is said in a neutral way by the owner, there is no brain activity; however, if the tone changes with the same word, neurons fire in the right side of the brain.

The study by the Eötvös Loránd University in Budapest, Hungary

The Animal Planet presented the case of Rico, the wonder collie.  Rico can understand as much as 200 words, the same number as a human toddler!  While that may seem pretty amazing, the average canine pet masters about 165 words and more if you take the time to train your best boy (or girl).  Keep in mind that these words are tangible words like “Sit”, “Stay”, or “Walk.” Not words like “Lucky” or “Pretty”, although they may understand the tone of voice that would always accompany the phrase, “Good girl!”  Dogs that react to the word, “leash” probably don’t understand it is meant to restrain them – they would associate “leash” with “walk” or “park.” Jessica Beymer, DVM, of the Contra Costa Veterinary Emergency Center in Concord, California states that “Dogs that live with deaf people can even be taught to respond to hand signals as a form of language.”  I’ll vouch for that because I taught my deaf Lady about five signals and facial expressions.
When talking dog talk (which is similar to baby talk), it doesn’t understand what you say as long as you say it the same way.  For instance, “Who’s a good boy? You’re a good boy! You’re mama’s best boy!” will draw the same reaction as “Who’s in trouble?  Sally’s in trouble! Yes, you are! You’re in big, BIG trouble, Sally!” if said in the same sing-song voice.

In addition, our dogs can read our facial expressions.  Dr. Karen Shaw Becker, DVM, states that dogs will even behave differently depending on the emotions on our faces.  They pick up cues we throw out with our tone of voice, how we sit or stand, and even how we smell. MRIs of a dog’s brain shows that they respond to praise only if the voice and the face show happiness.  But how can our dogs understand what we say? It comes from thousands of years of dogs and humans living together. Another study in Italy used food paired with photos of humans with different facial expressions. Depending on the photo, the heart rate of the dogs would get faster, they would turn their head toward the picture, and then would take longer to begin eating if the face showed an emotion.  The scientists decided this was due to stress even when the faces were smiling because they were showing their teeth. Without other cues, smiling meant aggression. This combination of voice and facial expression lets your puppy know when you don’t really mean what you’re saying.  Ever had a dog start licking your face and won’t stop even when you laugh when you tell them to? There you have it!

Dogs also have a language for each other that is completely different from the ones they use with you.  Two males tearing up the fence to get at each other are completely different when the fence is no longer between them (says a woman who walks her dogs in a neighborhood of escape artists). They have vocalizations and types of barks that communicate various moods. Barking at play may sound the same to us as barking over a food bowl, but it’s completely different for the hounds. Humans don’t have tails to wag or ears to perk up that show friendly interest, but our facial expressions become pretty familiar to the family members with four legs.

And there’s that butt thing.  Lots of humans hate it when their dog sniffs a strange rear end at the dog park, but they  actually secrete a type of musk that tells one dog a ton of things about another one.  That’s the scientific theory, anyway.
Your dog talks to you, too (as if you didn’t know that already).  At the University of Salford School of Environment and Life Sciences in Manchester (United Kingdom), there are nineteen gestures your dog will make to you when they want you to do something.  There are about FOURTEEN ways to say, “Scratch me, human!” This body language acts like we do when we wave or point.  Your dog may dance when they need to go outside, or bark for dinner time – I swear my dogs can tell time on a clock.  And how cute is it when they lift a paw and place it on your leg? Bruiser learned pronto that no matter how busy I am at the computer, if he puts both paws on the armrest, I will immediately stop and give him hugs and laughs.  The researchers found that turning the head will signal wanting scratches, food, open the door, and get my toy. In fact, the head turn is the most common technique used for requesting an action.

YUP, YOU CAN SMELL SAD

I know that when I’m sad, my dogs come to comfort me.  They even look sad, too. A study in Italy and Portugal found that pet dogs can sniff out happiness, fear, and sadness through chemo-signals, or the way your sweat smells.  The researchers used pad with different sweat smells and were able to tell from the heart rates of the dogs the emotions they smelled when facing their owners who were just reading magazines.  When combined with tone of voice, facial expressions, and body language, of course your dog understands you! When dogs smell fear, they will seek out their owners rather than strangers for reassurance.  This is part of their relationship with you.

Research has shown that when people are happy, they live longer and have fewer diseases.  Although no study has been done yet that we know about, Dr. Becker thinks the same is true for your dog.  If you’re happy, your dog is under less stress when she relates to your feelings and thus will reap the health benefits of your happiness.  The motto of the story is, be happy for your health and the health of your dog.

Here is a short video on how our dogs read our emotions: 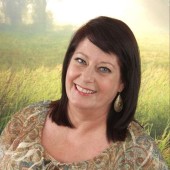 Teaching Your Dog to Fetch and Play Ball

The Challenges and Joys of Adopting a Senior Dog

How To Train Your Dog To Come When You Call . . . EVERY TIME!

Breed of the Month: The Labrador